"Our onstage performances are the most violent, brutal and fastest that you will see."

They debuted at Osaka on December 6, alongside the bands D.I.D. and By:ARLANT. Their first single, Ruin, was also released at that live.

They are often called "Visual Kei's most brutal band" due to their brutal and violent visuals, fast riffs and death-growl vocals.

Keisuke (vocals) commented on why they chose the name of their band—“'Deviloof' is a word created by us, Deviloof means an omittance of devil’s proof. We chose this as it leads to the thought of a phenomenon where there is no proof that Satan showed to Christ. It leads to a very mysterious feel, something beyond what is easy to understand."

On August 31, 2018, the band announced that Seiya (Guitar) and Hiroto (Drums) would be departing from the group. However, the remaining members said that they would not halt their performance activities, and continue on with a support drummer and support guitarist. 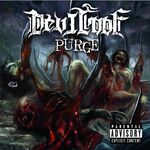 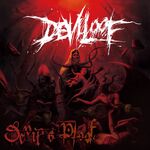 Retrieved from "https://visualkei.fandom.com/wiki/Deviloof?oldid=30059"
Community content is available under CC-BY-SA unless otherwise noted.