HIDE was a legendary figure in the visual kei scene, and is best known as the guitarist of X JAPAN. He was also successful as a soloist and founded the United States band, Zilch.

hide was born in St. Joseph's Hospital in Midorigaoka, Japan, on December 13, 1964 and went on to attend Yokosuka Tokiwa Junior High School. He was first exposed to rock music at the age of fifteen, through the album Alive II by Kiss. That same year his grandmother bought him his first electric guitar, a Gibson Les Paul Deluxe.

On March 11, 1980, hide graduated from Tokiwa Junior High School. He then entered Zushi Kaisei Senior High School in Zushi, Kanagawa, where he entered the school's brass band as a club activity. He quit the band after a short time because he was assigned the clarinet while he wanted to play the trumpet. After this, he concentrated on guitar and in 1981 formed the band Saber Tiger. A year after their founding, they started playing shows at live houses in Yokosuka, such as Rock City.

In April 1983 he started studying cosmetology and fashion at the Hollywood University of Beauty and Fashion in present-day Roppongi Hills, from which he graduated in 1984. Later that year he took a nationwide examination and successfully obtained a beautician license. In July 1985 Saber Tiger released their self-titled EP, which included two songs, "Double Cross" and "Gold Digger". In November, the band contributed the song "Vampire" to the Heavy Metal Force III sampler, which also included songs by X and Jewel. Years later, Jewel's guitarist Kiyoshi would join hide's solo band.

In 1986 the group changed its name to Saver Tiger to avoid confusion with a similarly named band from Sapporo. Their first appearance with the new name was on the sampler Devil Must Be Driven out with Devil, with their songs "Dead Angle" and "Emergency Express". They continued to perform in live houses and night clubs such as Meguro Rokumeikan, Omiya Freaks and Meguro Live Station. Until January 28, 1987, when hide became tired of changing members and decided to end the band (vocalist Kyo and drummer Tetsu would both go on to D'erlanger). Around the same time hide was invited to join X. In 2001, Nippon Crown issued a three-volume release titled Origin of hide, with the band credited as "Yokosuka Saver Tiger". Volumes 1 and 2 were live CDs, with some rehearsal recordings, while volume 3 was a concert VHS.

hide joined X Japan (then called X) in February 1987, becoming the band's lead guitarist and occasional songwriter, going on to compose songs like "Celebration", "Joker" and the single "Scars". X released their first album Vanishing Vision, through drummer Yoshiki's own Extasy Records, on April 14, 1988 and toured extensively in support of the record. They would become one of the first Japanese acts to achieve mainstream success while on an independent label, and later widely credited as one of the pioneers of visual kei.

X 's major label debut album, Blue Blood, was released on April 21, 1989 and debuted at number six on the Oricon chart. Its success earned the band the "Grand Prix New Artist of the Year" award at the 4th annual Japan Gold Disc Awards in 1990. Their third album Jealousy was released on July 1, 1991 and debuted at number one, selling over 600,000 copies. It was later certified million by the RIAJ.

Shortly after the release of Art of Life, which also topped the Oricon, the members of X Japan took a break, to start solo projects. Around that time, the group also dropped most of its original visual kei aesthetics, except hide who would still perform in wildly colorful outfits and with his trademark red, later pink, hair. Dahlia, which would become the band's last album, was released on November 4, 1996 and once again, it reached the number one spot. In September 1997 it was announced that X Japan would disband, they performed their farewell show, aptly titled The Last Live, at the Tokyo Dome on December 31, 1997.

In early 1993, hide recorded the song "Frozen Bug" with Inoran and J of Luna Sea, under the band name M*A*S*S, it was included on the sampler Dance 2 Noise 004. He also starred in an art film titled Seth et Holth, along with Tusk of Zi:Kill. In 1994, hide recorded and released his first solo album Hide Your Face, which reached number 9 on the Oricon chart. In addition to all vocals and songwriting, he played most of the guitars and bass on some of the tracks. The album's musical style differed significantly from the speed metal anthems and power ballads of X Japan, leaning more towards alternative rock. hide then went on the Hide Our Psychommunity Tour, for which a live band was hired that would later become his primary project, hide with Spread Beaver.

In 1996, hide oversaw the production of the first release on his own record label LEMONed, an album from the band Zeppet Store. Prior to starting his own label, hide would introduce bands he liked to Yoshiki, who then signed them to his own Extasy, as he had done with Zi:Kill and Luna Sea. His second solo album Psyence was released on September 2, it topped the Oricon and was followed by the Psyence a Go Go tour. He also formed a new band named Zilch in 1996, which apart from him and Spread Beaver programmer and percussionist I.N.A., was composed of American and British artists, such as Joey Castillo (Queens of the Stone Age), Paul Raven (Killing Joke) and Ray McVeigh (ex:The Professionals). After X Japan disbanded in 1997, hide formally titled his solo project hide with Spread Beaver, with his backing band considered full members. On August 26, 1997, he produced the Mix LEMONed Jelly event at four different Tokyo nightclubs on the same night. Several artists performed, including hide backed only with I.N.A. as DJ.

On May 2, 1998, after a night out drinking, hide was found hanged with a towel tied to a doorknob in his Tokyo apartment. Authorities officially deemed Matsumoto's death a suicide, and this verdict was reported in the media. Within one week, three fans had died in copycat suicides, and of the 50,000 people who attended his funeral in Tsukiji Hongan-ji, nearly 60 were hospitalized and about 200 received medical treatment in first aid tents. Later that month, the single "Pink Spider" was released, entering the Oricon charts at number one. The song would also receive that year's MTV Video Music Award in the category "Japan Viewers Choice". Sales were also strong for the follow up single "Ever Free", while those of a single released previous to his death "Rocket Dive" would also see a substantial increase. American Journalist Neil Strauss commented on the trend saying that: "In just a few weeks, pop culture in Japan had gone from mourning hide's death to consuming it." Popular interpretation of the lyrics to hide's "Pink Spider", which he had performed on the day prior to his death, fueled speculation of a premeditated suicide, because of clear autobiographical elements, and the song's theme of escape from the vicissitudes of life.

Meanwhile, several of hide's friends and colleagues stated that they believed the auto-strangulation to have been an accident, among them X Japan co-founder Yoshiki Hayashi and former bassist Taiji Sawada. This notion is supported by the fact that no suicide note was left and Sawada theorizes in his autobiography, that at the night of his death, hide may have been practising a technique to relieve upper back and neck pains which guitarists can suffer from continuous use of a shoulder strap. The technique involved was practised by the X Japan members during their touring days and required the use of a towel and a door knob or handle. According to Sawada, Matsumoto may have fallen asleep in his intoxicated state, becoming caught and strangling himself.

Zilch bassist Paul Raven commented that hide was "under a lot of stress", due to recording schedule for the Ja, Zoo album. He went on to question the ultimate degree of hide's involvement in the finished record, stating that only three songs had been completed before he died. Ja, Zoo was released in November of the same year with the artist listed as not just "hide" but as "hide with Spread Beaver", making it the only original studio album to bear the "hide with Spread Beaver" handle. Zilch' s debut album 3.2.1 . was also released and the group continued to perform and record for several years. While they never achieved mainstream success in the United States, one of their songs was included on the soundtrack for Heavy Metal 2000. 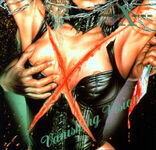 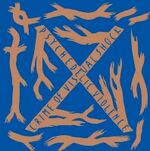 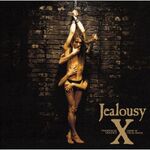 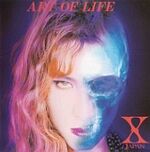 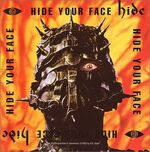 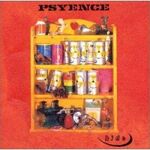 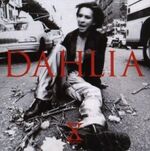 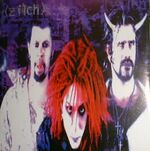 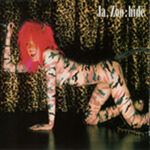 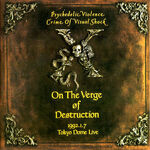 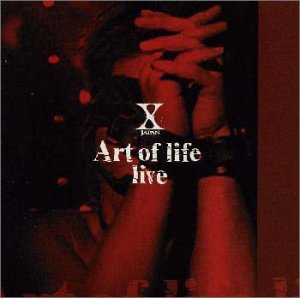 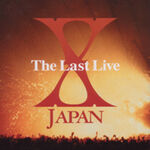 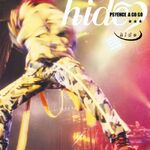 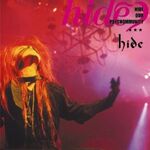 as hide/hide with Spread Beaver

Retrieved from "https://visualkei.fandom.com/wiki/Hide?oldid=30497"
Community content is available under CC-BY-SA unless otherwise noted.