Inori started his band career as a member of Serpentine Ghost in September 2004. The band already went through a few lineup changes at that time and went on hiatus a few months later in January 2005. Right after that Serpentine Ghost guitarist and leader Yukirou invited Inori to join Heisa Byoutou 閉鎖病棟 in October 2005.

In the meantime, Serpentine Ghost came resumed activities as Serpent Ghost International in December 2006. Both bands went on at the same pace for a few months until Yukirou left Heisa Byoutou in July 2007 causing their disbandment.

In January 2008 Inori was announced as a member of emmuree vocalist Sou's side-project Silence. It appears that around the same time Inori used to be a roadie or staff member of emmuree (exact dates unknown), and was therefore invited to join Silence by Sou himself as he was looking for a bass player. The band slowed its pace after releasing their first album in 2009 and Serpentine Ghost International also interrupted activities around the same time.

Inori started playing as a support member (most notably for the revival of Dororo) and in session bands, including the continuative session unit pezment. From 2013 Silence intensified their activities again and pezment stopped playing gigs as drummer Kikurage joined ELM and guitarist Harui formed his own band un.

un disbanded a few months later in 2013, and Harui created a new band with Inori called glamscure, which started activities in early 2015.

Silence went on hiatus in October 2016, and at the same time Inori was announced as the new bassist of the 90's visual kei band Mercuro, which resumed activities earlier that year (most members were Inori's bandmates in Serpentine Ghost International). 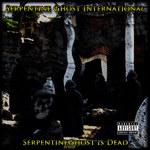 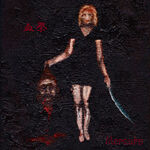 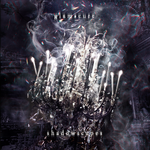 Retrieved from "https://visualkei.fandom.com/wiki/Inori?oldid=30510"
Community content is available under CC-BY-SA unless otherwise noted.