Ka-e is the former bassist of the all female visual rock band デンジャー☆ギャング.

Little is known about her. Ka-e was invited to Danger Gang when it was first formed in 2002 as a support bassist, along with Rei. In the January of 2003, Ka-e became a full member, and the band held their first live at Takadonobaba area on January 15th. In April, the band released their first single 'Danger Gang no Theme', before releasing 'CRASH' mini-album the next year. In September, the CRASH A DIVE TOUR began, finishing near the end of October. In December of 2004, Ka-e left the band, possibly due to musical differences or personal issues. Her last live was at Urawa Narciss on the 28th of December. Nothing has been heard from her since, assuming she left the music scene to pursue something else. 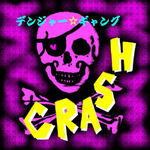 Retrieved from "https://visualkei.fandom.com/wiki/Ka-e?oldid=30522"
Community content is available under CC-BY-SA unless otherwise noted.