MALICE MIZER (マリスミゼル; Marisu Mizeru) was one of the most influential and popular visual Kei bands. They were active from January 1992 to December 2001. Formed by Mana and Közi, the band's name stands for "malice and misery," extracted from "nothing but a being of malice and misery" — their reply to the question "what is human?". Their earlier music and themes were characterized by their strong French and classical influences, later moving away from deliberate French romanticism and incorporating Gothic-Victorian aspects after several tragedies befell the band. Despite the stated archetypes, Malice Mizer is best recognized as a thoroughly original entity.

Malice Mizer is as famous for their music as for their live shows, featuring lavish historical costumes and stage sets, short silent theatre pieces preluding various songs, whimsical dance routines, and even a particularly notable instance of the vocalist descending to Earth (the stage) as a fallen angel, only to ascend again at the end of the concert. Throughout their history, the band has gone through several different line-ups and three drastic image changes.

Mana and Közi formed Malice Mizer in 1992 with Tetsu on vocals, both Mana and Közi on guitars/synthesizers. Yu～ki on bass and Gaz on drums. From the outset, the band established their trademark "twin guitar"' sound, whereby two guitars play different melodies creating polyphony. Malice Mizer's sound during the Tetsu era was a mixture of rock, early 1980s goth, and strong classical influences. Their first official release was the song "Speed of Desperate" on the 1993 compilation Brain Trash. Before this, they had released a demo tape called Sans Logique which contained no vocals. Shortly after the release of Brain Trash, Gaz left the band to join Kneuklid Romance, while Kneuklid Romance's drummer Kami in turn joined Malice Mizer. In 1994, the band released their first album, Memoire, on Mana's newly founded independent record label Midi: Nette. Shortly after, the band re-released it with an additional bonus track, "Baroque" under the title Memoire DX. Only days later, singer Tetsu left the band. While the exact reasons are unknown, Tetsu went on to take a different direction in his work and some say it was because he disliked the flamboyant image of the band. The band's continued use of his lyrics in songs they continued to perform with later vocalists suggest an amicable split.

In 1995, after a year of inactivity, Malice Mizer recruited Gackt as their new vocalist. With a new concept created by Mana, the band's music became more Progressive rock, incorporating even stronger classical and electronic elements. Visually, the band abandoned their 1980s goth look for colourful historical costumes always with a gothic feel. In 1996, Malice Mizer released their second album, Voage ~Sans Retour~. The band became increasingly popular and in 1997 signed with Nippon Columbia, where they released a number of successful singles, a short film (Bel Air ~Kuuhaku no Shunkan no Naka De~ de L'image), and, in 1998, their third album, Merveilles. The band even had their own radio show around this time and played a two day live at the Nippon Budokan which involved a large building as a stage prop and amazing theatrics; each member performing a skit with another member on their own. It was a massive success and was released on Video as Merveilles l'espace. In January 1999, at the height of Malice Mizer's success, Gackt suddenly left the band, and after just four months he released his first solo album. There are many rumors circulating as to why he left, but none of them have yet been confirmed. Malice Mizer left Columbia shortly after and returned to Midi:Nette.

A few months after Gackt's departure, drummer Kami died of a subarachnoid hemorrhage on June 21, 1999, leaving behind a handful of songs, which the band eventually released as part of the EP/video boxset Shinwa, which consisted of 2 songs composed by Kami and a short track, 'Saikai' which was written by the band. Kami was never replaced; from that point on, Malice Mizer would only use support drummers (Most often Shue, who was not shown in the band's later and final music videos, nor credited) and Kami would be credited as "eternal blood relative" on all their future releases. Because of Kami's untimely death and other factors, the Band decided to shift their image and music.

In the second half of 1999 and the beginning of 2000, Malice Mizer — still without an official vocalist — released a number of singles and began to work on a new album. Eventually, they recruited Klaha (real name Masaki Haruna), vocalist of darkwave band Pride of Mind. By then the band had abandoned the lighter pop music sound of the Gackt era for a dramatic mixture of classical music, gothic/goth and heavy metal music, and adopted an elaborate funeral Goth look. In the summer of 2000, they released what would be their last album, Bara no Seidou, followed by a very spectacular and theatrical live show, featuring pyrotechnics, a choir of veiled nuns and a scaled-down cathedral as stage prop. In 2001, Malice Mizer starred in a feature length vampire movie (Bara no Konrei ~ Mayonaka ni Kawashita Yakusoku~), and released three more singles: "Gardenia", "Beast of Blood", and "Garnet ~Kindan no Sono E~"- "Gardenia" and "Garnet" being of a considerably lighter tone than their previous album, signifying the start of a new era for the band. However, the band members decided to go their own separate ways in 2001, leaving disband messages on their official website, Miroir, which can still be viewed today. The split was spoken of as a "hiatus", however, so as not to exclude the possibility of a future reformation.

After his departure in 1994, Tetsu has subsequently taken part in a series of bands such as Zigzo and Mega 8 Ball and has released one solo album; his most recent being the independently released band Nil.

After his departure in the beginning of 1999, Gackt started a solo career after a year, becoming enormously successful; he is now one of Japan's top musicians and TV personalities.

Klaha started a solo career as well in December 2002, but in the middle of 2004 it was announced that his fanclub would be closing down, and after that there have been long periods with silence, only broken by rare updates on his site. Due to health problems he has been taking a break from creating music, but he stated on his site that he would resume musical activity in 2007.

Mana has formed his own solo project, Moi dix Mois, performing live concerts across Europe. In addition to the successful solo project, Mana simultaneously pursues a career as fashion designer for his fashion label, Moi-meme-Moitie, which focuses on the styles Elegant Gothic Aristocrat (EGA) and Elegant Gothic Lolita (EGL). He continues to also run his Indie record label, Midi:Nette, and is looking for bands to sign and produce such as Kanon Wakeshima.

Közi joined Haruhiko Ash's industrial band, Eve of Destiny and maintains a solo project. Eve of Destiny has been inactive since 2006. As of Halloween 2008 he is part of the band DALLE.

Yu～ki has not been active on the music scene since 2004 when he wrote a song Memento, about Kami, for Közi's solo project. In an informal conversation with Klaha, he said he would like to return to the music scene. 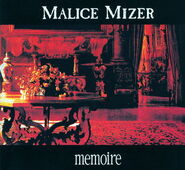 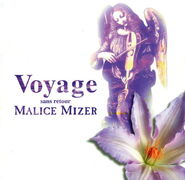 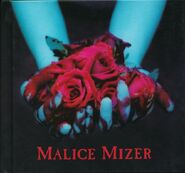 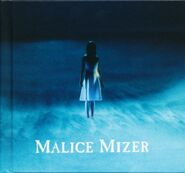 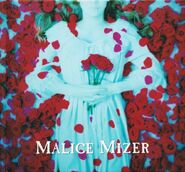 2002.03.15 薔薇の悲劇(Bara no Higeki)
Community content is available under CC-BY-SA unless otherwise noted.
Advertisement