Syndrome was the last leading band of the Matina label, formed by bassist KISAKI and guitarist Ruiza.

The band debuted with a single limited to 5000 copies titled 兎と羊 (Usagi to hitsuji), distributed for free in several stores on March 1 2000. A secret live appearance eventually took place at Shibuya O-WEST on March 11, and the release of the first demo tape SEXUAL (available for pre-order only) followed on March 15.


The first official Syndrome lives were two free oneman gigs held at Kagurazaka DIMENSION on March 18 and at Neyagawa VINTAGE BAR on March 20. More than 600 people attended the two concerts, and the concert in Neyagawa was so overcrowded that it was cancelled halfway due to the chaotic conditions of the live house.
On May 3 a special TV show about Syndrome was aired by TV Saitama and helped the band to increase its fanbase.
On June 16 a oneman titled destruction of SEXUAL took place at OSAKA BIG CAT. A free demo tape titled destruction of SEXUAL was presented to the people attending to commemorate the concert.
Syndrome released their first maxi-single 涙ノ下弦… (Namida no kagen) on June 12. All the 5000 copies of the first press were sold out before the release date. Two days later a oneman to commemorate the single release was held at Meguro Rokumeikan with the title underground and tears.
On August 29 Syndrome sponsored their first event titled PSYNICAL WALTZ Vol.1 at Kōbe Chiken George. Other bands attending were Kagerou, d.p.s, Phobia and Lubis Cadir. The series of Summer performance was closed by two oneman lives at Meguro Rokumeikan on November 10 and 11. A demo tape titled 蟷～age 1945～ (Tō) was given away to the people attending the latter of these onemans.
Three new release were planned for late 2009: a demo tape titled Vogue (all 5000 copies sold out through pre-order), a single titled fiction (4000 copies sold including an additional press), and a mini album titled 蘇生 (Sosei) (5000 copies sold including limited and regolar press).
In December the band took part to two big live events related to the opening of the hide MUSEUM in Yokosuka. The first, titled SPARK UP and aired on TV, took place at the museum itself on December 10, while the second was a countdown live that took place at Yokohama BAY HALL on December 31.
Several oneman and event performances took place in early 2001 to support the release of minor releases including the first VHS thread of promise. However, after the oneman live at Shibuya O-WEST on April 28, Ken and Tatsuya announced that they would leave Syndrome for unclear reasons. The last chances for fans to see the first lineup live before the final oneman at Osaka BANANA HALL on June 10 were a free oneman at Kagurazaka DIMENSION on April 29, a twoman with 雀羅-jyakura- at Nagoya BOTTOM LINE on May 3 and a oneman at Meguro Rokumeikan on June 1. At the last oneman the special single DEARS and the special VHS ～Completion xxx First Episode～ were given away to the people attending.

On June 10 it was announced that Syndrome would come back with ASAGI (ex-JE*REVIENS) on vocals and SIN (ex-Vasalla) on lead guitar. Shortly after that, on July 25, both Shion and Ruiza launched solo projects releasing a maxi single each.
The debut live of the second episode of Syndrome was a self-sponsored event at ON AIR OSAKA on August 10 titled PSYNICAL WALTZ Vol.4. On November 23 the first demo tape 存在理由～raison d'être～ (Sonzairiyū) was sold by pre-order only. In the meantime Shion expanded his solo project with the help of ASAGI into a special unit called 胡蝶 (Kochou), which released a mini-album in January 2002.
In March 2002 Syndrome released a special single through mailorder titled Megaromania. 1000 copies with serial number were produced and sold out instantly.
On April 10 the first album CORE was split into two mini-albums limited to 3000 copies each: CORE -kuyautsutsu- CORE -hakuchūmu-. While the first EP featured dark and aggressive songs, the second focused on atmospheric gothic rock tunes and ballads. A special oneman live to commemorate the release took place at Kawasaki CLUB CITTA on April 27 with the title 宴 -into the "CORE"- (Utage). People who preordered tickets for the oneman received the free single アルビノ-ACOUSTIC VERSION- (Arubino).
The first actual maxi-single with the new lineup was 小夜時雨 (Sayoshigure), a re-recording of a song originally performed by ASAGI's first band BALSAMIC. It hit the stores on August 7 and was promoted by two consecutive PSYNICAL WALTZ events at ON AIR OSAKA on August 9 and 10 and the band first live hall concert Art a part entier at Nihon Seinenkan on August 31st. Footage from the oneman was released with two PV's on the VHS Le cirque de soir.
Few days later, during a gig at Shibuya O-WEST, Syndrome announced that they would suspend activities after their oneman concert at ON AIR OSAKA on November 18 2002, as KISAKI was forced to stop musical activities and close the Matina label due to his bad health.
After Syndrome disbanded, ASAGI, RUIZA and SIN formed the way more popular rock/metal band D, while KISAKI started a solo project called KISAKI PROJECT with the help of Vidoll's vocalist Jui. Shion changed his stage name to TAKUMA and joined the oshare-kei band Shelly Trip Realize, later known as TINC. 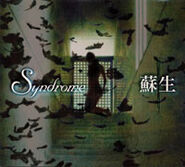 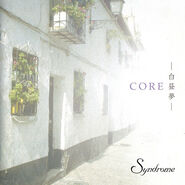 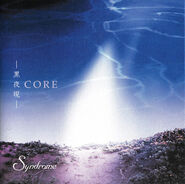 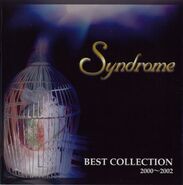