The GazettE, previously known as ガゼット (Gazetto) and stylized as "the GazettE", is a visual kei metal band signed to PS Company. It is one of the most popular bands in the scene, and PS Company's best-selling act. 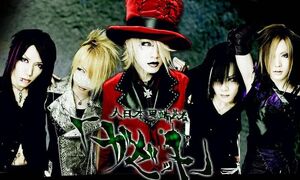 The foundations of the band began with Ruki (vocals), Reita (bass), and Uruha (guitar). After being involved with other bands in the visual scene, the trio decided that The GazettE would be their last band. They recruited Aoi (guitar) and Yune (drums) from disbanded visual band Artia and so began The GazettE in January 2002.

Originally signed to Matina, they released their first single, "Wakaremichi", and a video release on April 30, 2002. They re-released Wakaremichi and the video release in June of the same year. By September, they had released "Kichiku Kyousi (32sai Dokushin) no Nousatsu Kouza" and their second PV release. In October they played their first one-man live. On Christmas, the 5-song compilation "Yougen-Kyou -moon-" including The Gazette's song "" was released .

In early 2003, Yune decided to leave the band, and he was replaced by Kai. Shortly after, they signed with the PS Company label and in May, released their first EP, COCKAYNE SOUP. They started their first tour, with the band Hanamuke, and along with the tour, the bands collaborated on two songs. A second tour followed with the band Vidoll, and the bands were featured together on the November issue of Cure, a magazine focusing on Visual Kei bands.

In early December they played a co-headlining show with Deadman. On December 28, they performed at Fool's Mate magazine's Beauti-fool's Fest which was later released on DVD.

On January 16, 2004 they recorded a solo performance at 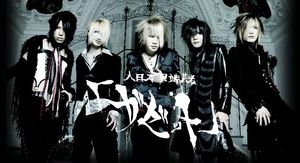 the Shibuya-AX, which was released on DVD as Tokyo Saiban -Judgment Day-. On March 30, 2004 they released their Madara mini-album, which reached #2 on the Oricon Indie Charts. Madara was followed in May by a companion DVD, which included six music videos and an in-the-studio documentary. The same month, The GazettE was featured in Shoxx magazine's Expect Rush III; a catalogue of independent Visual Kei artists. A second live DVD, Heisei Banka, was released in August. During September and October they toured with fellow PS Company bands Kra and BIS. Their debut album, Disorder, was released in October and made it to the top 5 of the indies Oricon Daily Charts.

The band spent the remainder of 2004 and 2005 touring extensively, releasing Gama, another mini-album, in August.

In 2005, the band released their first major label single, Cassis, in the month of December.

Starting 2006 with a name change—from Japanese characters to a romanized script—they released NIL, their second full-length album, on February 8, 2006, and embarked on another Japanese tour, ending at the venue Nippon Budokan. That July, The Gazette performed at the Beethovenhalle inBonn, Germany; their first show outside of Asia. The concerts were arranged in conjunction with the AnimagiC anime and manga convention. 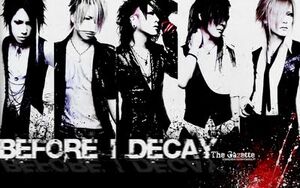 Three more singles were released followed by another studio album, Stacked Rubbish on July 4, 2007 Stacked Rubbish on. It reached #2 on the Oricon charts within a day from the release. The album debut was followed by a promotional tour from July through September. In October, The Gazette embarked on their first European tour, performing in England, Finland, France, and Germany.

The Gazette accomplished a one man tour through all of October called "From the Distorted City," referencing the song "Distorted Daytime" in their single "Leech", which portrays Tokyo as a "distorted city," in terms of the society and political crisis sweeping over Japan.

On November 15, 2008, The Gazette hosted their first secret show in Shinjuku Station. Originally, around two-hundred fifty people were to be anticipated, but instead, over seven thousand attended, the most in the band's history. Due to the amount of people on the streets, the police were forced to shut it down after two songs.

On January 3, 2009, The Gazette performed alongside their fellow bands signed to the PS Company label to celebrate the record label's tenth anniversary, where they announced they would release a new single called "DISTRESS AND COMA", which was preceded by a seventh-anniversary performance on March 10 at Makuhuhari Messe Convention Hall.

The band released their next full-length studio album, "DIM" in the summer, followed by another Japan-wide summer tour starting in July, for which the tour's final show was held at Saitama Super Arena.

On October 7, 2009, they released their a new single called "Before I Decay". On December 24, the Gazette held a Christmas Eve live to close out the year called "A HYMN OF THE CRUXIFIXION".

On March 17, 2010, the band embarked on the "Standing Live Tour 10 (The End of Stillness)" at Zepp Tokyo. After the fan club tour, the band then announced a new single and a live tour, which was named "Tour 10 Nameless Liberty Six Bullets" starting in July with two consecutive nights at Nippon Budokan. Among all of these events, the band has also announced that they would be transferring from King Records to Sony Music Records. Shiver was the first single with new label, Sony Music Records and was also selected as the opening theme song to the Sony anime series Kuroshitsuji II. On August 4, 2010, they released 3rd music video on DVD titled "Film Bug II" which included 10 PVs from "Regret" to Before I Decay.

Right after the release of Shiver, the band announced the final stop of the Tour 10 Nameless Liberty Six Bullets would be held at Tokyo Dome, and two new singles "Red" and "Pledge" would be released.

The Gazette postponed the releases of their best-of album Traces Best of 2005-2009 and live DVD The Nameless Liberty at 10.12.26 Tokyo Dome which contained footage of their final concert at Tokyo Dome due to the 2011 Tōhoku earthquake and tsunami in Japan. Both were later released on April 6.

Their single "Vortex" was released on May 25, 2011. On July 2011, Ruki and Aoi joined the "PS Carnival Tour 2011 Summer 7 Days" at Shibuya. Ruki was included in a session band named "LU/V" and Aoi in another session band named "aoi with bon:cra-z". The Gazette also be performed at the 2011 Summer Sonic Festival that was held on August 13 and 14, in Tokyo and Osaka. On September 18, 2011, The Gazette performed at Inazuma Rock Festival 2011 with T.M.Revolution; a former label-mate.

The Gazette finally announced the release of their single "Remember the Urge" on August 31, the new album "Toxic" on October 5 and the Live Tour11 Venomous Cell. The tour started on October 10 in Tokyo at the International Forum Hall A and lead the band through 27 cities with a total of 28 performances until the end of the year. The final tour would be held on Yokohama Arena with the tour title renamed "Tour11-12 Venomous Cell -the Finale- Omega" in January 14, 2012.

In the final concert of the Venomous Cell tour, The Gazette announced that they would hold a 10th anniversary concert called "Standing Live 2012 10th Anniversary -The Decade-" at Makuhari Messe on March 10, 2012.

The band also embarked on a fanclub-only tour, titled Standing Live Tour12 -Heresy Presents- Heterodoxy. It started on July 4th and ended on August 29th. They also announced the release of a new album called DIVISION. The album was released on the same day the fanclub-only tour ended; releasing on August 29th in Japan, and October 1st in the UK and Europe (via JPU Records). As previously revealed, the album included entirely new songs. Division was promoted during the nationwide tour Live Tour12 -Division- Groan of Diplosomia 01, which started on October 8th and finished on November 29th the same year.

In the following year of 2013, The GazettE participated in a tribute/cover album for songs by T.M.Revolution. The album, UNDER-COVER, featured a cover of "Shakin' love". The cover album was released on February 27th, 2013. They released a live DVD on June 26th, 2013 called "LIVE TOUR 12-13［DIVISION］FINAL MELT"

Later in the year, a single titled "FADELESS" was released in August of 2013  and a new album, "BEAUTIFUL DEFORMITY" on October 23, 2013 along with a OV for "INSIDE BEAST". 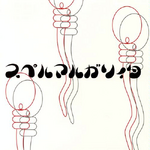 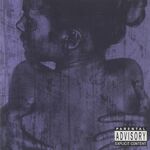 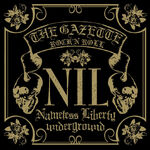 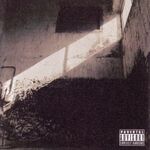 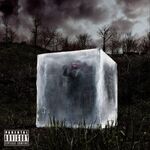 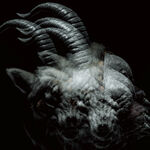 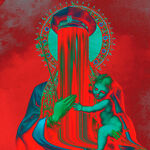 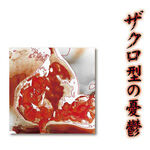 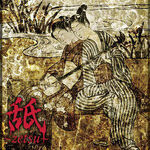 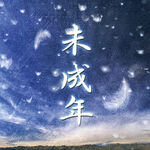 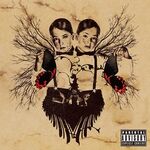 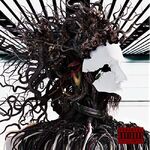 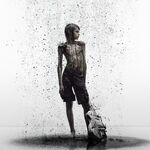 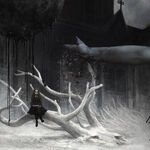 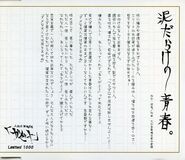 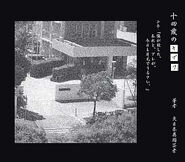 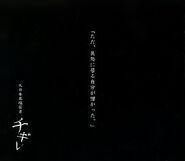 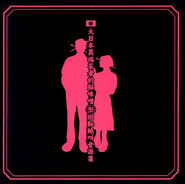 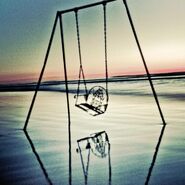 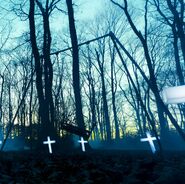 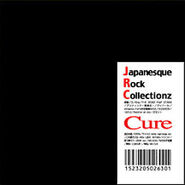 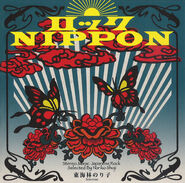 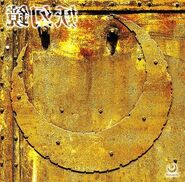 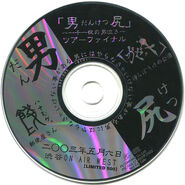 Retrieved from "https://visualkei.fandom.com/wiki/The_GazettE?oldid=32503"
Community content is available under CC-BY-SA unless otherwise noted.