"Think of it like a film. With a movie, the soundtrack follows the drama. But with visual-kei, it’s the other way around: we begin with the music and then build the visuals around it. —KAMIJO [1]

Versailles (known in the US as Versailles -Philharmonic Quintet- due to a legal conflict with an artist with the same name) is a metal band formed by ex-LAREINE vocalist KAMIJO and by ex-SULFURIC ACID guitarist and solo artist HIZAKI. The sound of the band concentrates on the concept of youshikibi 様式美 (absolute beauty of form) and the extremes of aestheticism. Trademarks are the dueling guitar sound and the heavy but melodic arrangements. KAMIJO's lyrics are connected to each other to tell a single story, often making use of narrating voices and concept videos.

Versailles was formed in Autumn 2006 by vocalist KAMIJO and guitarist HIZAKI. The lineup was joined by two members from HIZAKI grace project (bassist Jasmine You and guitarist TERU) and by drummer YUKI, who was recommended by the head of Meguro Rockmaykan. The foundation of the band was announced at the first concert of Node of Scherzo (March 14th, 2007), though no details were given. The moniker and the members have been revealed by KAMIJO on his blog on March 29th, and the name of the band announced on March 30. On the 2nd of May, they posted a trailer for Versailles’s appearance on YouTube. Since then, they received a lot of proposals for tours and interviews from overseas. At the end of May, a German TV crew came to Japan and the band was interviewed. In June, the interviews with the German TV crews were on Sankei Newspaper (one of Japan’s domestic newspapers) and Versailles was featured in the article. Because of the large amount feedback, “Versailles Band” was in Yahoo’s top 5 search-keyword ranking.

Versailles' first public appearance took place at Meguro Rockmaykan on June 23rd, performing a short set and a having band showcase in front of an all-male audience. The first official concert followed at the self-sponsored live event Chateau de Versailles, held on June 24th at Ebisu LIQUIDROOM and celebrated by an instore event on the following day.

Versailles' sound has been introduced by the single The Revenant Choir (available as a CD single or DVD single), which has been sold exclusively at Versailles' first two concerts and some months after through SHOXX mailorders.

TERU was first announced as a support member due to his responsibilities toward 藍華柳 (Aikaryu). However, he became a permanent and official member right after the disbandment of 藍華柳 (Aikaryu) on July 15th 2007.
Versailles signed a contract with the German label CLJ Records for European distribution on August 30th, 2007. The first release to hit the stores is the mini-album Lyrical Sympathy (which ranked #4 on the official ORICON indies chart), followed by the DVD and perfume set Aesthetic Violence.

Versailles toured Europe for the first time in March and April 2008 having concerts in Sweden, Finland, Germany, France and Spain with 摩天楼オペラ as support act. On May 3rd 2008 Versailles played in front of nearly 30,000 people as one of the acts of the hide memorial summit, and were also invited on stage by X JAPAN during the final performance of the fest on May 4th.

On May 6th Versailles held their first, sold-out one man concert at Daikanyama UNIT and at the end of the month debuted in the United States with two concerts in Dallas and Los Angeles.

The band activities got even more intense after the release of the first full-length album NOBLE in July and its promotion with a long event tour which reached its climax with two performances in Arlington and New York City in early October. In November Versailles started their first national oneman tour to support the release of their first maxi-single release, PRINCE & PRINCESS.

At the tour final held on December 23th at Shibuya C.C. Lemon Hall, KAMIJO announced that Versailles would go major and sign to Warner Music Group in June 2009. Spring 2009 saw the band touring Japan once again for their last indies tour The Fragment Collectors, held from March 26th until May 9th. Two consecutive DVD releases were planned for May 20th. CHATEAU DE VERSAILLES featured the full recording of the CHATEAU DE VERSAILLES Tour Final concert held on December 23th 2008, while HISTORY OF THE OTHER SIDE traced the band history with PV's, live videos, interviews and off-shot footage. Between May and June Sherow Artist Society arranged a series of free events titled Kakumei no Anthology 革命のアンソロジー. Tickets for these events were free and distributed to people who bought a random visual kei CD or DVD at the partner stores listed at Versailles' official website. Each event was hosted by one or two Versailles members who occasionally performed a song with Matenrou Opera. To commemorate their major debut Versailles had five consecutive last indies concerts at Meguro Rockmaykan from June 17th to June 21th.

The major debut maxi-single ASCENDEAD MASTER was released on June 24th 2009 in four versions. After two free events for people who bought all the limited editions of the singles, the band announced the release of a full-length album and took a break from touring in order to work on the production of new songs.

The Passing of Jasmine You

Early in August, it was announced that Jasmine You had to take a break from the band since July due to his poor physical condition. Prior then, Versailles appeared live as a four-member unit at the live event SCUBER DIVE 09 at duo MUSIC EXCHANGE on August 3rd. However, in August 10th, one day before a concert scheduled at Odaiba and arranged by FUJI TV, it was suddenly announced through the band's official homepage that Jasmine You had died and Versailles would cancel all the planned activities until further notice. Messages from the band and Jasmine You's were published in the following days, but no information as to the cause of death has been released.

After cancelling other engagements and appearances, Versailles came back to the stage at the V-ROCK FESTIVAL with Yo from Matenrou Opera as support bassist.

At the concert it was announced that the upcoming album JUBILEE would be release after the band's actual comeback to the scenes in January 2010. The missing bass lines had been played and recorded by HIZAKI. In January 4, 2010, they held the "Jasmine You Memorial Concert" at Shibuya O-East, where Matenrou Opera and Kaya also performed in the event. Much later in August of 2011, a small concert entitled "jakouenrisou" was held, with performances with the now disbanded members of Jakura, Jasmine You's first band back in Nagoya.

The band released their first full-length album, "Jubilee" in January 20, 2010, where they next geared for their world tour "Method of Inheritance" that would include countries in Asia, South America, and Europe. For their tour, they had masashi (ex. Ash, Kozi) to fill in as support bassist.

"Actually, I received a mail from him two days before he passed away, “Thank you for playing the bass (instead of me). I can entrust my job to you.” Since I remembered the mail, I decided to do my best for him. When I heard of his death, I was crying all day without turning on the light."

In the final leg of their "Jubilee-Method of Inheritance Apostles" World Tour in Shibuya C.C. Lemon Hall, September 2010, Masashi was formally introduced as a proper member of the band. Their first single with their new bassist, DESTINY-The Lovers-, is expected to come out on October 27th of the same year. The concept of the DESTINY-The Lovers- was taken from the new bassist. According to him, he will be playing as the "kouhai" of the former bassist Jasmine You. Also, Hizaki commented in his blog that Masashi and Jasmine You both came from Aichi Prefecture.

songs like "To The Chaos Inside" and "Episode" weren't included in Noble-Live- and Lyrical Sympathy-Live- had a bonus track, "Sforzando-Original Bonus Track", which was first released in the omnibus album "Cross Gate 2008" under Kamijo's Sherow Artist Society.

The band released their third major single, "Philia" in March 15, 2011, which included the songs "Philia", "Judicial Noir", and an instrumental "Desert Apple". Prior to this release, in January 2011, the band starred in the mini-series " おねがいかなえてヴェルサイユ (Onegai Kanaete Versailles/ Fulfill my Wish Versailles)" with Japanese actress, Rina Koike, which aired on TV Kanagawa and Mainichi Broadcasting System (MBS). The song "Philia" was used as the series's theme song.

In June 15, 2011, the band released their second major album, "Holy Grail" highlighting it as their first album with their bassist Masashi. The album also acts as the soundtrack of two Japanese movies, "Vampire Stories-Brothers" and "Vampire Stories-Chasers", using "Masquerade" and "Vampire" as theme songs of the movies respectively. They started their world tour, "Holy Grail" from Kyoto in July 2011, and ended their tour in Shibuya C.C. Lemon Hall in February 2012 in time for the band's fifth year anniversary. In June 2012, Versailles announced they will go on hiatus after a concert at NHK Hall on December 20th 2012. In January 2013, KAMIJO announced a solo career and the other four members started a new band called Jupiter.

In December the 28th 2015, Versailles come back on the stage for a special show for KAMIJO's 20th anniversary together with his solo band and previous projects NEW SODMY and LAREINE. A Versailles rebirth ceremony was also aired on Youtube Promic TV Channel. Versailles announced at the show that they would resume activities in 2016. A showcase was held at Zepp DiverCity in Tokyo on June 25th, 2016 to celebrate Versailles' 9th anniversary, and the "full revival" live took place at the Maihama Amphitheater on August 7th. On February 14th 2017 they performed at the legendary Budoukan for the first time. 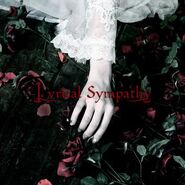 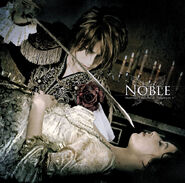 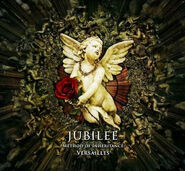 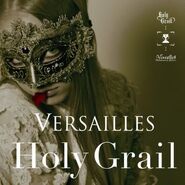 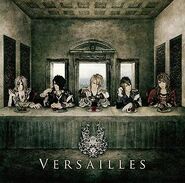 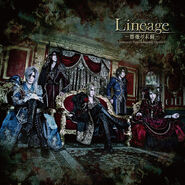 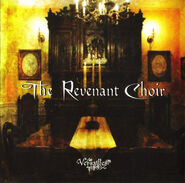 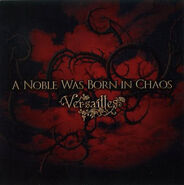 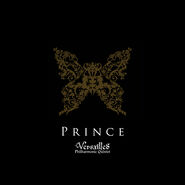 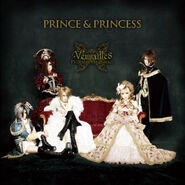 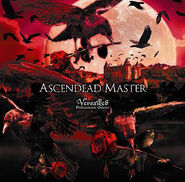 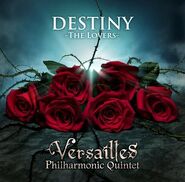 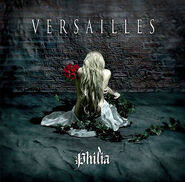 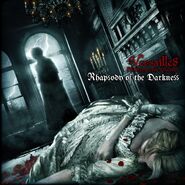 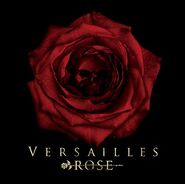 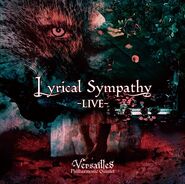 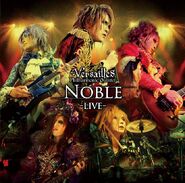 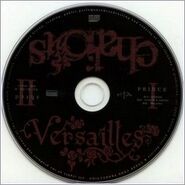 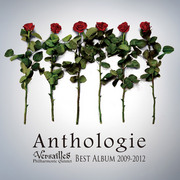 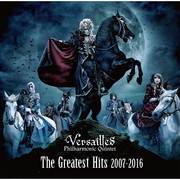 CHATEUA DE VERSAILLES -FINALE-
Add a photo to this gallery

おねがいかなえてヴェルサイユ
Add a photo to this gallery

Retrieved from "https://visualkei.fandom.com/wiki/Versailles?oldid=32918"
Community content is available under CC-BY-SA unless otherwise noted.